How to build a house » Other

Simple way to build an underground house of the high quality

An underground habitation in its visual performance is really similar to a hole or hill, blending with the natural landscape. Today more people seek to build an underground house. These buildings with underground roof and walls are rationally advantageous at a financial point of view, as at the construction period as in the future. Almost everyone can afford to build an underground house. The main thing is to keep all technological standards and the high quality of environment will be provided within the home.

Due to the temperature soil characteristics, it is possible to save on the energy consumed for room heating. The soil is a poor conductor of heat, but it keeps it well. In this way, all the temperature changes that occur on the ground surface and in the air for a long time pass through the soil thickness to the underground home.

The most favorable location for the construction is considered the hill top. This is the highest point of a relief that will prevent the seepage of groundwater into the house. Windows can be also placed on all four sides of the world if the habitation is constructed at the hill top, which will provide a sufficient amount of light and visibility for the house.

When the construction of a house is performing, the upper part of the hill is “cut off”, but after the construction completion, it is returned to its place. Such houses are rarely installed with additional lighting. Natural sunlight is enough that this home will not no differ inside from a conventional one. There are two types of habitation built in an unusual way:

Dike habitations can be constructed on a flat area, hill or slope. This construction does not imply a total immersion into the ground, but only a part or even the complete structure is built on the surface. For example, a house can be joined to the hill, which will serve as a fence and wall for building.

Selection of waterproofing for underground house

You should choose waterproof, based on the following factors: The house built under the ground is exposed to extreme moisture, for this reason all the building materials should be appropriate. These construction materials include:

Such material as aerated concrete is not suitable for the underground habitation, it strongly absorbs moisture. Before selecting a waterproofing material, every situation should be considered.

Houses built with a small recess or completely underground are covered with soil, which was excavated during the pit construction. If a habitation is built at the ground level, you will need to find some additional soil.

The most common way of construction of earth sheltered houses is to initially dig a pit of 3 feet more than the planned house size. This option is called open.

For all the external sides of walls you need to create not a deep foundation. Roof design can be created in the form of a wooden truss system or coasting.

Waterproofing of walls and floor should be made with a continuous loop. If habitation is located at a depth of more than 3 feet, then there is no need for insulation. This applies to the walls, but the roof is necessary to be further insulated. It is important to choose insulating material that is resistant to humid environments. The floor construction does not differ from the usual home flooring: waterproofing, insulation, screed and complete coverage.

The drainage system is laid around the shelter walls. All the water will flow through a pipe to a separate drain pipe which is embedded below the house and is displayed in the gutter. It is imperative to make withdrawal of excess water from the roof surface, to reduce the load.

The construction in the closed ground is a time-consuming and complicated process. You cannot do it without specialized equipment and people who have experience in underground construction. Such houses are built mainly on the steep slopes. 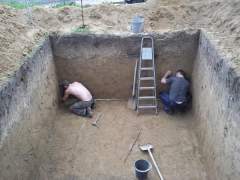 Electricity and water should be conducted into an underground building in the same manner as in the conventional one. A ventilation system has a great value for underground homes. Thanks to the fact that the walls are as much as possible isolated from external influences, its rooms can form a large accumulation of moisture, causing the development of mold and mildew.

Therefore, ventilation in a house should be compulsory and flow-exhaust. Pipes are output to the roof, if the cubic capacity of the house is large, the ventilation pipe can be more than one. 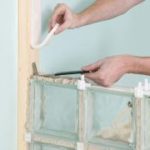 How to build deck stairs: upgrade your home exterior 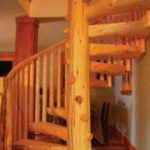 How to build a spiral staircase for your home

How to cut stair stringers: correct performance at home How to build a front porch of different materials?